The recognition of the existing site's quality and inheritance.

Considering the project as a process rather than a finished object.

The will to connect the different existing.

The territorial and urban strategy relies on three founding acts:

Affirm the river course, its bed and its continuity through the city, its main riverbed as a link, unifying the site and allowing the reunification of the city and its neighborhoods around it. Even its tributaries are part of a consistent system and are as many doors to access the Luye’s valley. 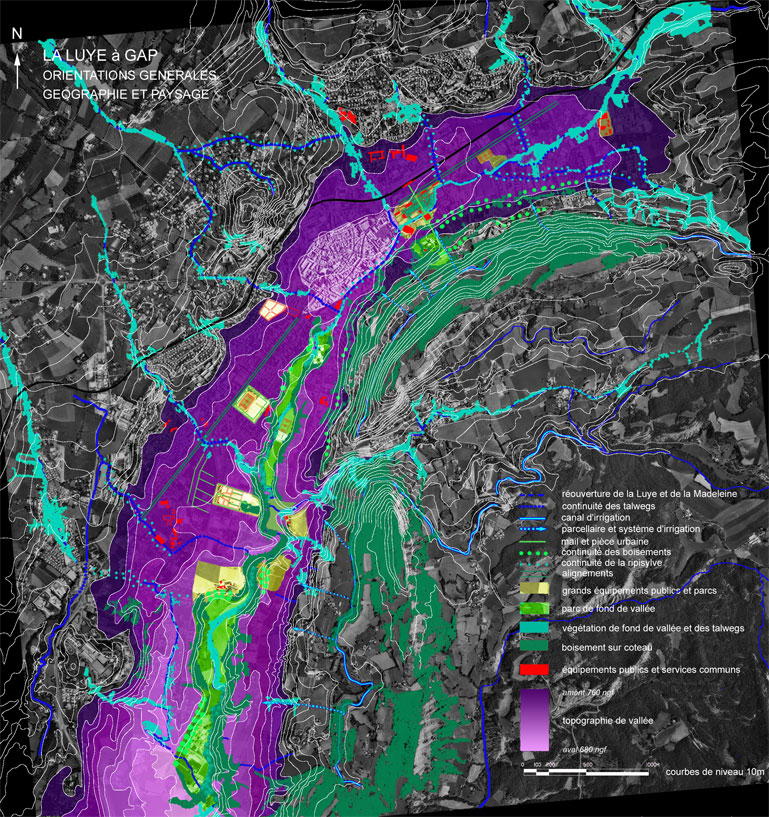 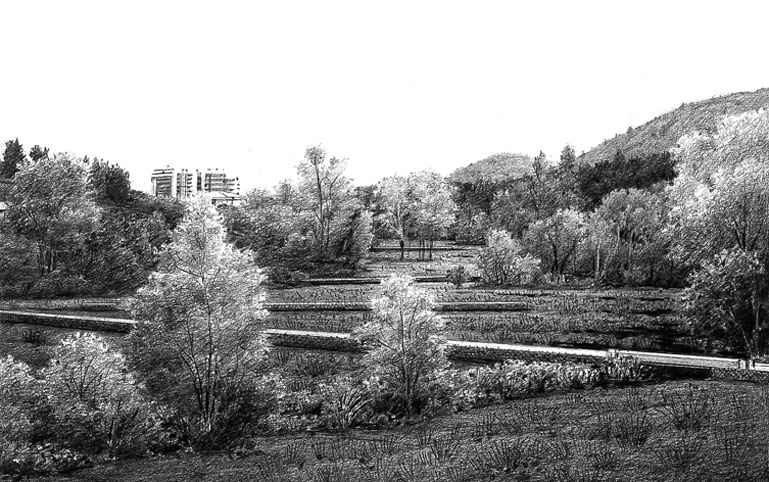 This territorial strategy, based upon the inheritance and genius loci, leads to the third episode of the city's reorganization around its river. To put it in a nutshell, a renewed way to live "in Gap, with the Luye". 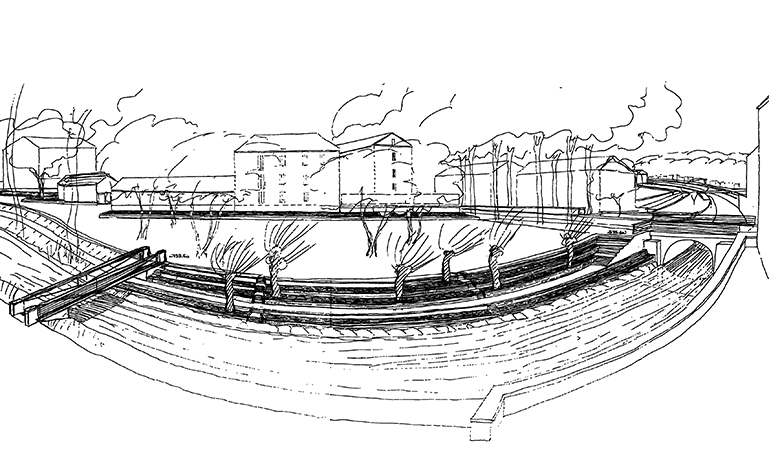 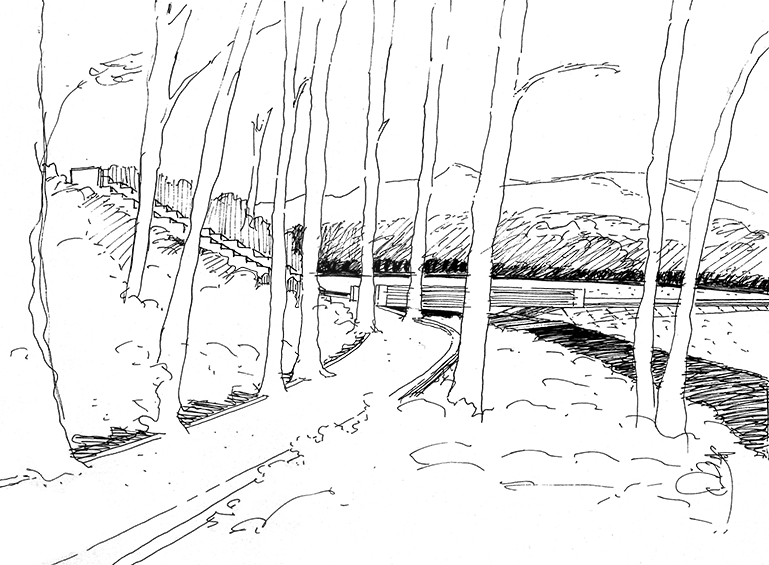 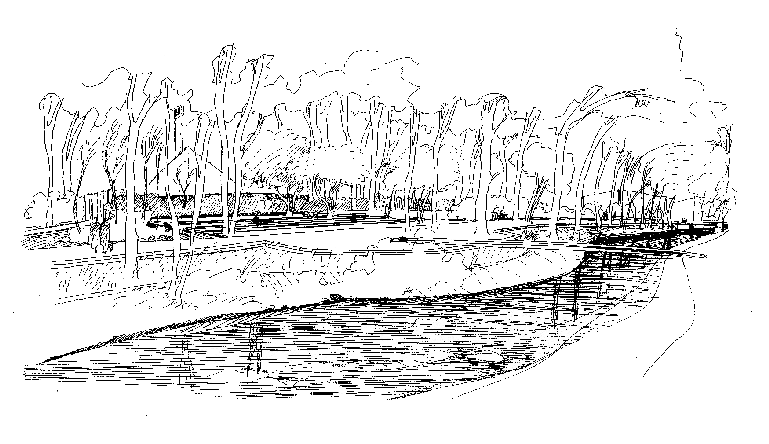 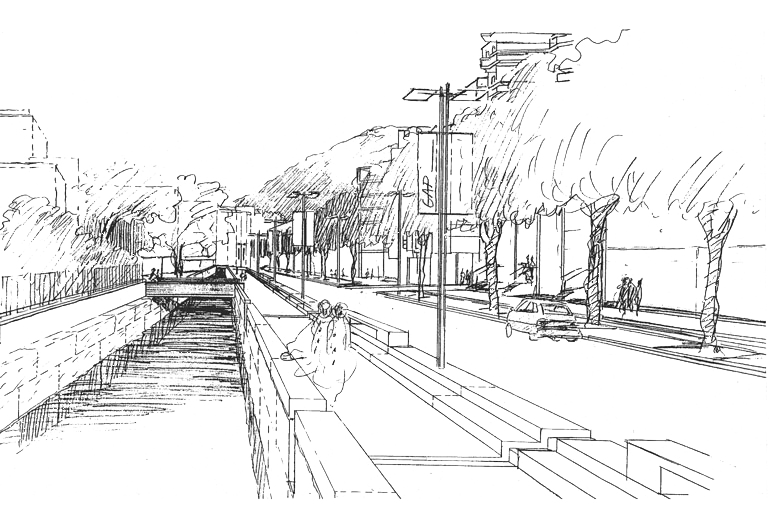