Once a wound on the landscape, a disused aggregate quarry in the Clairefontaine valley on The Hague Headland, today, a public park, with a 3.5 ha lake, 4 ha of embankments and abundant vegetation 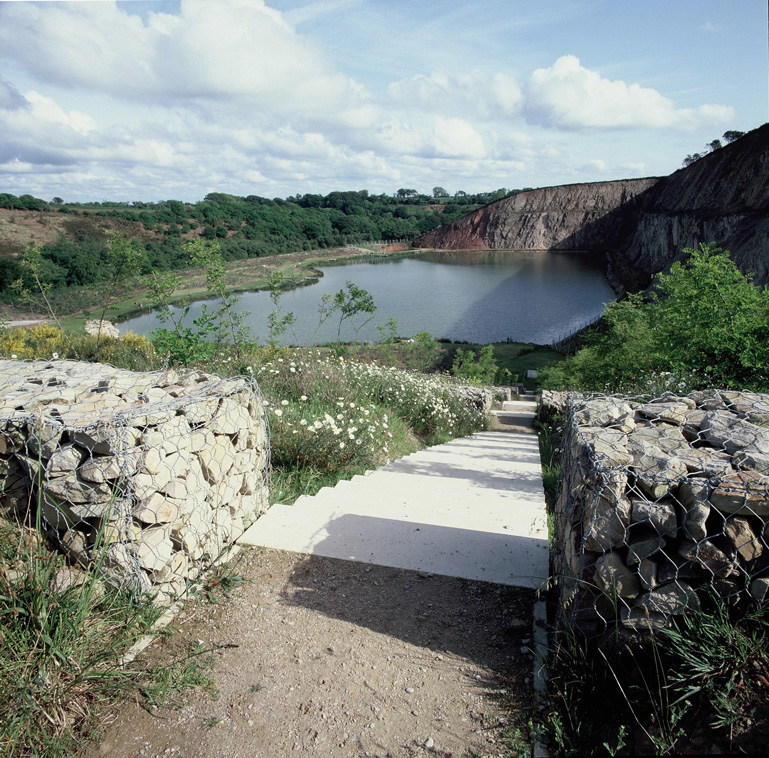 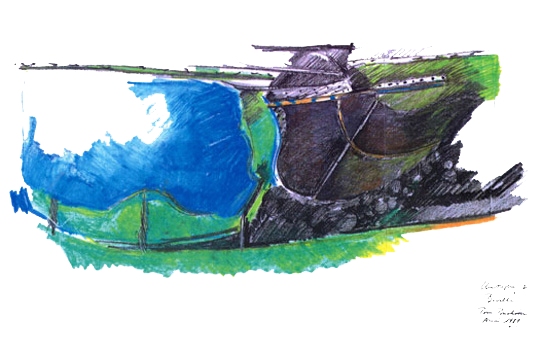 On the tip of the Hague, the quarry is situated in an archaic landscape where the distribution of plant typology is directly linked to the topography and the climate: a network of dwarf hedging and dry stone walls crisscrosses the plateau; heathland has colonized the steep slopes, stabilizes the soil and can be seen as a “climax”; the artificial or residual woodland is huddled up against inhabited valleys and undergrowth thrives in the bottoms of the humid valley.

The 450 m longs by 40 m high quarry face bears witness to the area's geological and economic past. 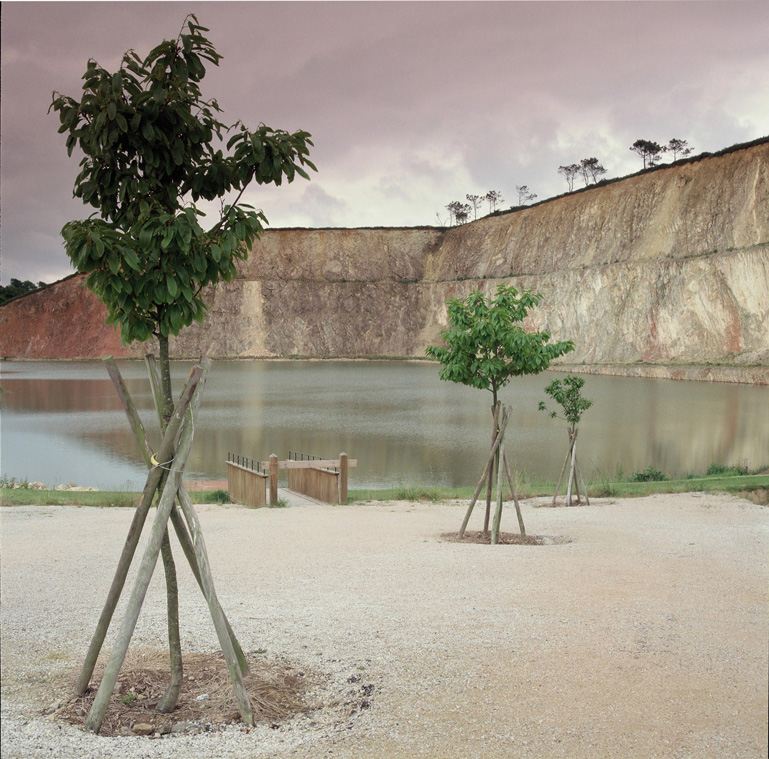 In order to prepare the terrain to regain a healthy soil and let time take its course, we had to:

• Establish a relationship with the landscape and reunite the bottom of the valley and the high meadows through a parceling and a plant typology specific to The Hague.

• Reintroduce a plant dynamic through seeds capable of recolonizing the ballast and rebuilding the soil.

• Find a device that could solidify the landscape between the cut facade and the ballast.

Heath: on the steep slopes the heath is establish on micro-terraces parallels to the contour lines. An input of soil, about 40cm thick, originated from openings in the nearby grasslands and laden with seeds, constitute simultaneously a substrate for young gorses and brooms and a fertile stock.

Seed-bearers: willows and hazels. The surroundings of the pond are treated as hay meadows dotter with groves of seed-bearers. Fast growth and high germination capacity enable a renewal of masses according to the accompanying management. 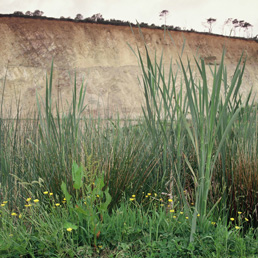 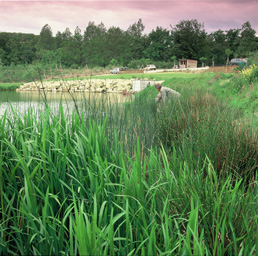 In front of the quarry face the berm. The berm planted ensure the security of the banks and encourage the development of the aquatic wildlife. 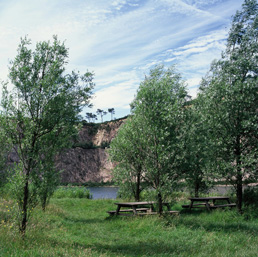 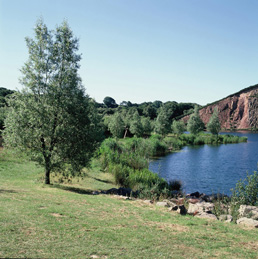 The grassland and the saulaie are planted with seed-bearers and ensure the crossing between the Clairefontaine stream and the lake. The pond outskirts are absorbed in the bottom of the valley. 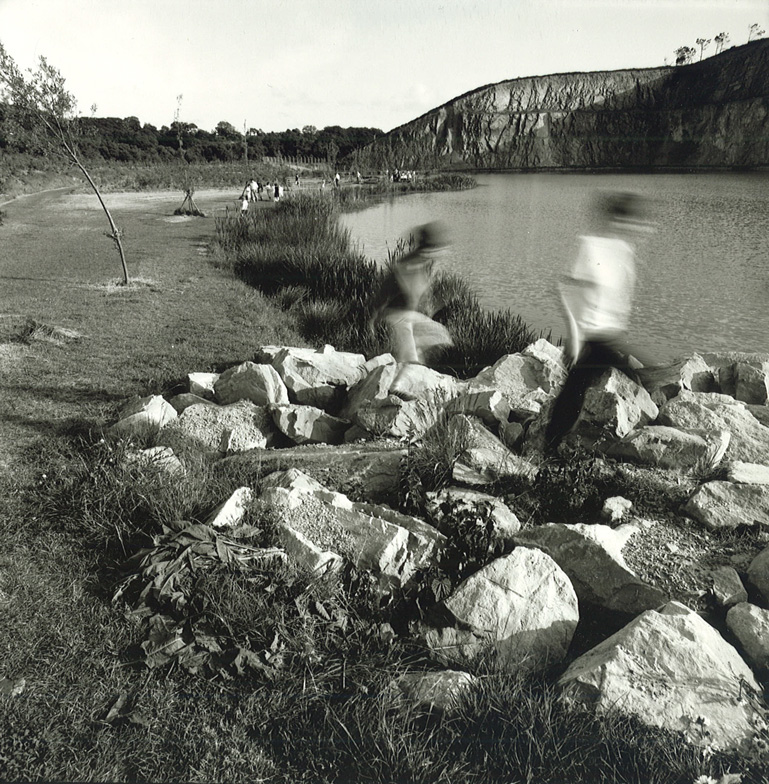 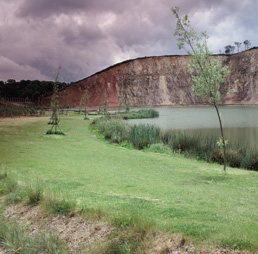 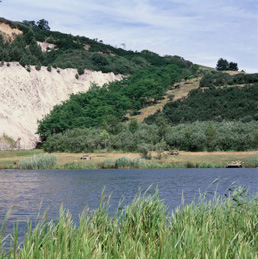 The seed-bearers islets near the pond. The colonization of the slopes by gorses and brooms. 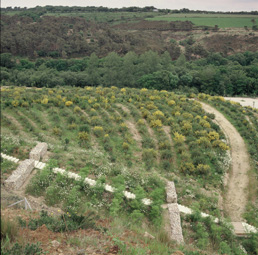 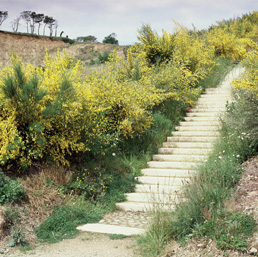 The adjunctions of soil are centered on the planted beds of seed-bearers. 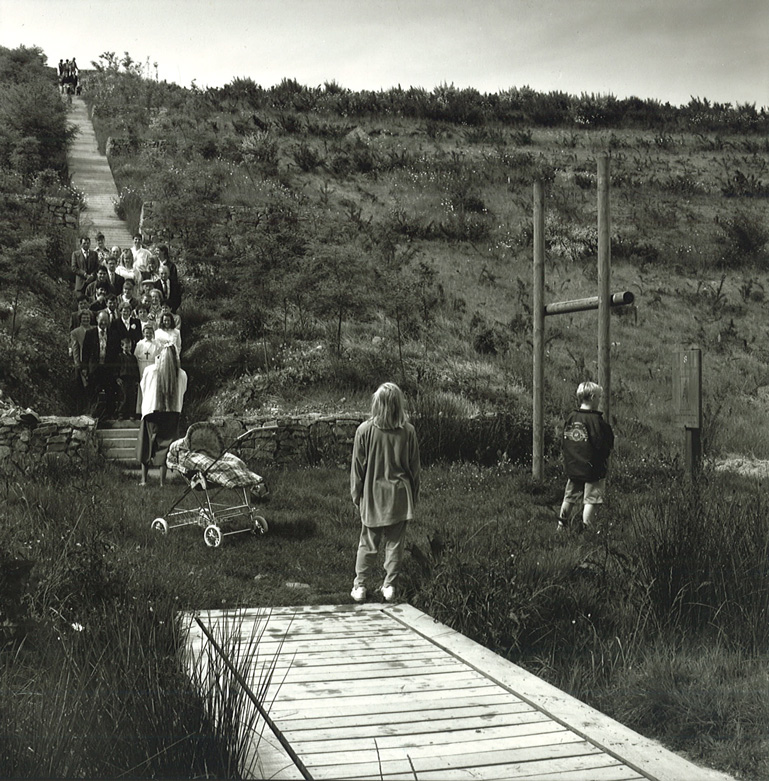 Afforestation of pines: like in the planted benches, young plants of pine trees are planted on a density of 2 x 2.50m. The pine tree is a light specie which in the first years after plantation confine the other forms of vegetation. The evolution of this plot proceeds towards a heath of pine trees more or less sparse.

Meadows and windbreak: in the highest points, the meadow and the windbreak hedges insure the transition with the existing bocage. The hedges safeguard the young plantations with a slower growth. 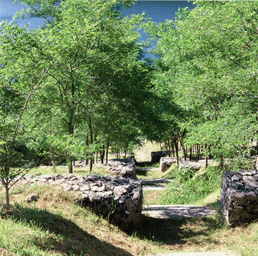 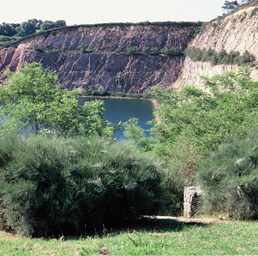 To the brutality of the extraction methods it was appropriate to answer with calm. The land needed to be prepared to find the soil back and wait upon time.

The quarry face is a testimony of geology, it makes visible the reading of the history of time and the measurement of the time of history. It is also the memory of a human activity, extraction, linked to the entire municipality economy, to the region’s one. Moreover, its plastic quality, its strike and dip and the move back needed across the pond to perceive it, have been maintain in their monumentality. Only the hook to the fill has been materialized by a stair of two hundred steps and by gabions, cyclopean monoliths, that duplicate it in a way. A second stair cuts the merlon of fill along more than two hundred steps ascending into heaven. 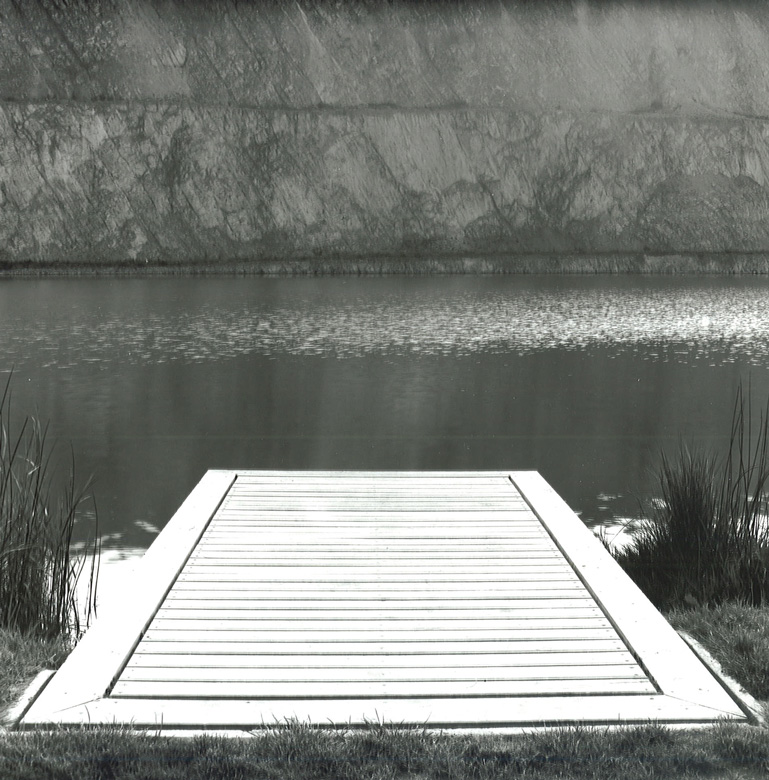 Today, the work of the landscape architects is almost forgotten, the quarry has become the Clairefontaine Space, named after its glen, and you can fish here, or play open-air games, take photographs during the “festival days” and set off fireworks from the cut facade. 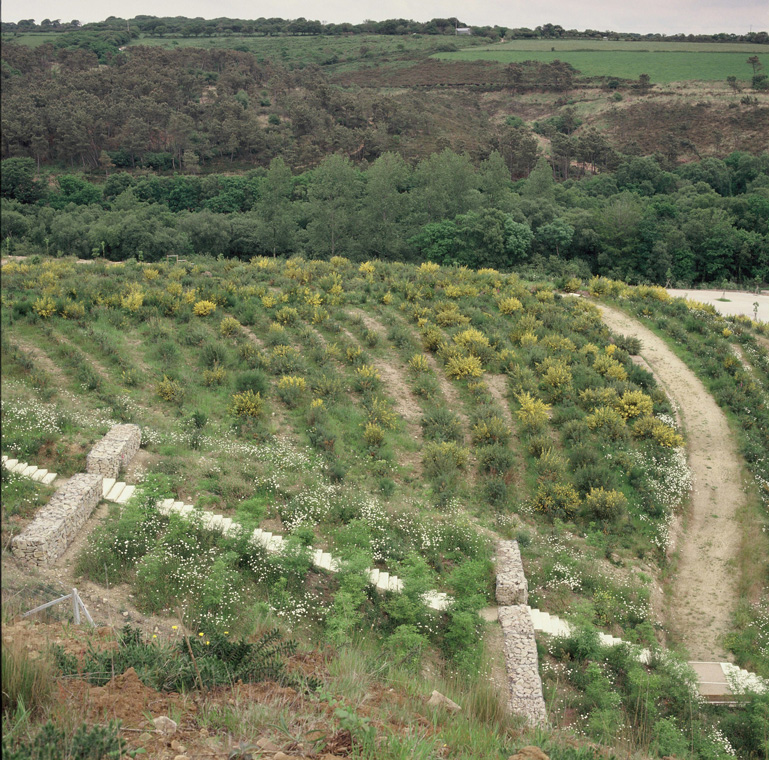